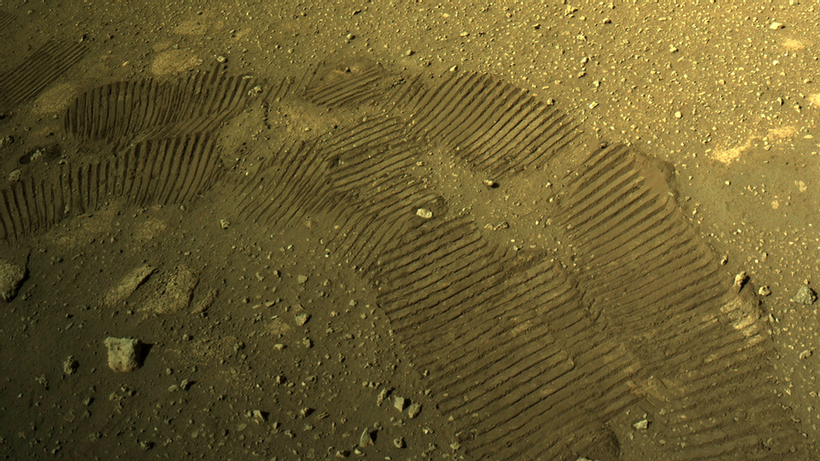 Tracks in the dust: The rover should cover some 15km in its first Martian year
The American space agency’s (Nasa) Perseverance rover has wiggled its wheels and undertaken its first drive across the surface of Mars.
Pictures downloaded to Earth on Friday indicate the excursion was a short roll and turn.
It’s two weeks now since the one-tonne robot landed on the Red Planet.
Engineers have spent the time commissioning the vehicle and its many systems, including its instruments and robotic arm.
Perseverance’s…

Related Topics:AustraliaYahoo Entertainment
Up Next